The Pür Pak story began when an anxiety ridden, overworked, stressed out, and tremendously unhealthy corporate executive was introduced to a health driven visionary couple and the founders of TriFit Club and Studios. That executive was Stephen McPherson, and he walked through the doors of TriFit in early 2008 at a crossroad, looking for a true life change in his health.

TriFit is a unique concept in health clubs, owned by Bernard and Gina Baski, a couple who have dedicated their lives to building a community whose success is confirmed in the life changing stories of the people who have become a part of what they call their “ever expanding family”.  Steve quickly became part of the TriFit family, over the next year Steve lost weight, took charge of his personal health, and signed up for a triathlon, even with the best efforts at a balanced diet and supplement regimen he still struggled with his nutritional needs.

Stephen approached the Baski’s with an idea; he asked them to help  him find a simple solution to complete supplementation, that idea is what has become Pür Pak.  Stephen, Gina, and Bernard took their personal experience and knowledge, and spent nearly three years with PhD Bio-Chemists, Registered Dietitians, Nutritionists, and Athletes researching and developing this revolutionary product.

After an exhaustive process they found an FDA-GMP approved laboratory with resident bio-chemists that shared their passion and insistence for efficacy, quality, and integrity.  Rich with anti-oxidants Pür Pak  provides a balanced approach to maintaining a healthier more energetic lifestyle.  The LA Times calls Pür Pak…. ” a tamer more healthful approach [to energy drinks] than Monster, Red Bull or Killer Buzz.”

With Pür Pak and his training community by his side Steve went on to complete his first Ironman Triathlon and reached his lowest weight in over a decade.  Pür Pak was not developed as a cure-all, a short-cut, or the quickest way to weight loss, it was developed as an integral part of a balanced approach to healthy living in a world where balance is hard to achieve.  Whether you are a “Super Mom”, a competitive athlete, or a hard charging executive, Pür Pak will hydrate and energize you to perform at your potential. Bernard Baski, from Montreal, Canada, has worked his way through the ranks from an amateur to a professional hockey player. Bernard also developed a career as a strength and conditioning coach at one of Canada’s world renowned hockey training camps. His desire to help young up and coming players was a turning point in his career. After relocating to Southern California, he soon after met his wife-to-be Gina, a health and fitness professional. Their combined knowledge, passion, and commitment as coaches helped many individuals transform their lives. The couple quickly became recognized as dynamic and visionary in the world of health and fitness with the rare gift to empower and enhance their client’s health and well-being. In the early 90′s, Bernard’s exposure to endurance sports and his passion for the sport of triathlon as an Ironman competitor, helped him develop a successful training approach with his wife, Gina. Bernard, co-founder and owner of TriFit Club and Studios, a 30,000 square foot facility, also introduced one of six recognized USAT Training and Testing Performance Centers in the U.S. designed to accommodate the needs of both beginner and elite athletes. Bernard’s certifications include USA Triathlon Level II, POSE Tech Running Level II, and USA/ASCA Swim Level I. He is nationally certified as a Strength and Conditioning coach and is nationally certified with BikeFit, LLC as one of their top fit specialists in the U.S. and Canada. His performance based approach to training and adaptation, strength, flexibility, technique, and cardio has been recognized as both unique and effective in improving an athlete’s overall results. Bernard’s extensive experience and knowledge in the multisport world, his love of coaching, and his competitive edge has attracted a diversified group of clients.
USAT Olympic Elite Development Team- Chris Foster MLS 2009-2010
Under 23 MVP- Raul Mendiola Para-triathlete ITU 2011
Gold Medalist- Danielle McLaughlin
NHL Toronto Maple Leaf- Nathan Perrott USATF
All American Under 23- Drake Johnson Sports and fitness have always been an integral part of Gina’s life. In her early years, she trained as a gymnast and then, later, as a competitive swimmer. After completing a B.S. from Cal Poly and an M.A. from San Diego State University, Gina worked as an adjunct college professor and senior technical writer for the SDCCD Department of Institutional Research.
Gina left San Diego to pursue her life-long dream of running her own health club. This dream came to fruition when she and her husband, Bernard, founded TriFit LA, a sprawling 30,000 square foot health club on the West side of Los Angeles.

In the spring of 2008 Stephen McPherson, then President of ABC Television, came to TriFit desperately searching for a way to finally get healthy and make a lifestyle change. Although not aware at the time, their meeting with Stephen would eventually lead to Pür Pak, a high quality product rich in antioxidants developed to help everyone looking to achieve their potential while living a healthier, more active, and balanced lifestyle.

Three years and hundreds of meetings later, the Baski’s, Stephen, and a collaborative team of experts came up with Pür Pak: a product designed for everyone looking to maintain optimum health despite the realities of life in the 21st century. In Gina’s own words:

“As a wife, mother, entrepreneur, and athlete, it’s challenging enough for me to balance the demands of two young boys, running my own business, launching a new product, and continuing my own training much less considering my nutritional needs. My family, my health, and fitness level are extremely important to me, balancing it all has been my greatest challenge. Pür Pak was created for people like you and me,  if you lead a busy active lifestyle, you need a supplement that is rich in vitamins and antioxidants, helps maintain healthy energy, and is easy to take. My goal is for everyone to live a healthier more meaningful life, join us and discover the very best that you can be.”

Gina has competed in Ironman Triathlons and various other multi-sport races, she has committed to race at least once a year which has provided her balance, enjoyment, focus and a sanctuary from the craziness of running a business while raising a family. Gina’s proudest accomplishment to date is the birth of her two sons, Luca & Alexandre, her kids are at the heart of everything she does. She works in Santa Monica, CA and lives with her husband and two children in Brentwood, CA. 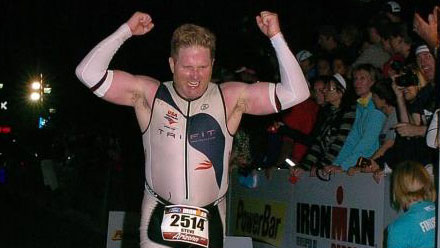 Stephen’s story with Pür Pak is really one of living a life fulfilled rather than a life struggling with failure and failing health. At 46 years old, he found himself weighing in at 248 pounds at a height of only 5’11″. He had high blood pressure, dangerous cholesterol levels, fitness was non-existent, and his soul had been depleted both mentally and physically. This was the toll of twenty-five years in the Entertainment industry. There was seemingly no way to stay physically healthy, let alone maintain a quality relationship with those who mattered most: his wife, kids, friends, and family.

Stephen found himself at a critical crossroads in life. The breakneck, anxiety ridden, stress filled, and largely superficial existence was destroying him. He had to make a committed decision to live a healthier, more present, fulfilling, and meaningful life. Stephen looked everywhere for support and guidance until he realized, with the help of many others, that it all had to start with himself. He had to be the driving force in making authentic changes in his life! The turning point for him was becoming a part of the TriFit family and meeting Bernard and Gina. This had an enormous impact on his life. They share a vision for a culture that supports everyone seeking to live his or her best life. The community is about the never-ending journey they are all on, not about some imaginary finish line. Every day is an opportunity. All of this has done nothing short of saving Stephen’s life, his health, his marriage, and his family.

The catalyst for creating Pür Pak was born from a desire to simplify what Stephen needed to supplement his exercise and diet. As he started to take care of himself physically with a dedicated exercise regime, something became clear. With the reality of the way we live, keeping our bodies healthy is very difficult and there is no magic pill. We have to do the work physically and emotionally, but what we put into our bodies is also critical. We have to nourish our bodies so that they can perform for us. Proper exercise depletes us and our diets don’t hold the proper nutrients to fill us back up. Stephen received a tremendous amount of nutritional advice and diet counseling, and educated himself on the supplement world. Nutritionists told him to get on a regime of twenty to forty pills, oils, seeds, herbs and powders each day. He walked into health food stores, and was intimidated and baffled by the thousands of supplements available. Stephen needed a simple solution and Pür Pak is that solution. Once a day Stephen takes Pür Pak and gets all of the vitamins, minerals, antioxidants, and a multitude of other effective supplements in one simple great tasting drink. Pür Pak’s proprietary formula is designed to provide each of these supplements in the form, measure, and combination that is most effective for the human body.

Pür Pak is a Life Supplement. Stephen believes that we all need to live the life we have and live it well. Stephen is now 190 pounds, an Ironman finisher and living an enormously happy and fulfilling life. You can do it all as well. Do it for yourself!