My Bumpy Road to Triathlon

February 25, 2013 by gina in Triathlon, Vitamins with 0 responses

The thought of signing up for your first race is daunting, especially if that race is a triathlon.  For years I dreamt about what it would be like to cross that finish line at a triathlon and be able to call myself a triathlete.  I remember watching the Ironman on TV thinking that it was the most amazing thing on earth.  The thought of an open water swim, waves, kicking, shoving, and being submerged petrified me, thinking of that kept me paralyzed with fear, but I held to the dream.  Back then I can’t say I considered myself athletic, I worked out in a gym, ran a little, did classes, looked very fit but I put myself in a category far from that of an athlete.

In my late twenties a friend dragged me into a spin class, the concept sounded ridiculous, nothing about it appealed to me but I joined her in the spirit of sisterhood.  That day my life changed.  The class was full of cyclists, swimmers, and triathletes, most of them were training for an upcoming race.  I felt inferior, like I was posing as a cyclist, not a real one, I hid somewhere in the back of class trying to look as inconspicuous as possible.  As weeks turned into months I became addicted to the classes, there was no other place on earth that made me feel like an athlete.  From that class I went on to buy my first heavy, cheap road bike, used cycling shoes, and some other requisite gear.  Fearfully I swam once a week; slowly I started increasing my run mileage.   Although I was a competitive swimmer in my teens I had forgotten how much fun it was to train for a sport.  Don’t get me wrong, the gym felt good, I got the endorphin release, I liked the social aspect, but it was repetitive, monotonous, my workouts were result oriented.  I wanted to look good, and that was my sole purpose of going to the gym, I realized I had no other goal but to look good.

My new found love of training outdoors reminded me of the fun I had as a kid, riding my bike endlessly, without any concept of time, conditions, or space.  Instead of going out on Friday nights I would go to bed early filled with excitement for my long Saturday ride.  Although petrified, I swam in the ocean religiously once per week, I couldn’t keep up with others but I finally I began to ride my bike and run with other triathletes.  About a year later I saw the 1999 Ironman broadcast featuring Dick and Rick Hoyt, on that day I decided that in one year I too would do an Ironman.  It was a year filled with many ups and downs, undoubtedly I bit off more than I could chew, but I completed two races that year, a half Ironman and full Ironman.   Those races taught me more about myself than any formal education or professional job ever has. Triathlon has changed my life in many ways; it has taught me humility, patience, the spirit of camaraderie, above all it has made me realize that anything is achievable.  I stopped worrying about how I looked, my focus turned inward to the physical and mental challenge. Although I was a competitive swimmer my sisters were much better athletes, I was told I was the smart one and should leave the sports to them, “you’re too smart, too delicate to ever be a good athlete”… that mantra reverberated in my brain as an eleven year old and it hasn’t since left.  My insecurities in my athletic abilities have hung over my head like a dark drizzly cloud.  With triathlon I realized that my preconceived physical and mental barriers were not insurmountable, the clouds finally parted and the sun shone brighter than I ever expected.

Each day I encounter people paralyzed with fear of the unknown, they have no idea what their potential is because they are too afraid to expose themselves to failure.  I know because I was that person, I know what it is like to hate running, I remember gazing from a treadmill inside a gym at runners that passed by outside, their faces glowed in the brisk air, the window that separated us was a metaphorical barrier of who I was and who I wanted to become

Today I race a few times a year, I commit to racing at least once a year, even in the years I had each of my children, it brings balance, solitude, and a lot of joy to what has become a pretty crazy life.  I’ve been very sick in a race and last year I won my first race, I learned valuable lessons and something new about myself in both instances.  This year my wish is for the people I know and love to overcome their greatest fears and discover how amazing they can be if they commit fearlessly and wholeheartedly and believe in becoming that person they always wanted to be.  Dream it, Believe it, Live it.

Coming up next, how I turned from dreaming of being a runner, to a girl that can run pretty fast….. 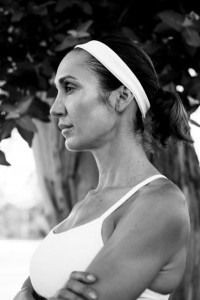